One common refrain I heard after I told people I was moving to Sweden was something along the lines of “Oh what an exciting adventure!”. After hearing this a couple of times my brother Tom snarkily said something to the effect of “No it isn’t, Joe is just going to sit around the apartment playing Civilization all day while Emelie works”.  Although I have been slightly more productive than crushing the Mayan Empire in a six year old turn based strategy game, my day to to day life isn’t exactly much more exciting than Tom’s vision of my life in Sweden.  It isn’t like when my Dad biked across the country, or when my brother Patrick toured South America, or when Tom gallivanted around the world for a few years, or when my Mom went to India with her teacher colleagues. I am not going out meeting new people and exploring new places. What I am doing could easily be seen as the opposite of adventure, I am moving in with my long term girlfriend to a city I have lived in before. My nights aren’t filled with late night train rides, going to new destinations and meeting new people, they usually consist of Emelie and I trying to figure out what to eat while watching reruns of British crime shows.

My day to day routine usually amounts to me sitting around mainlining coffee while trying to figure out what I should do next to get settle. I wanted to hit the ground running so the Monday after I arrived in Sweden, I went to the Migration Board (Migrationsverket) to get my photo taken for my Swedish residency card. I also wanted to make sure that the card was corrected from “Jospeh”, as it was spelled last time I was in Sweden to Joseph. I really didn’t want to get Ellis Islanded.  After hearing ad nauseam about how Europe is in the worst migration crises since the second world war and that Sweden was at the forefront, I was worried that the Migration Board would ignore my 9:05AM photo appointment time and that we would be stuck in a tense waiting room for hours. In actuality we were out by 9:20AM, which was considerably quicker than in 2013 when it wasn’t possible to get appointments to take photos, instead there was a mad dash for the queuing machine (the machine spits out number to determine your place in line), which lead to some raised tempers. The 2016 Migration Board seemed much more streamlined.

The Migration Board said it would take a week or two for my residency permit card to come. Without the residency permit card I couldn’t really get any of the bureaucratic chores done. All I had to prove that I was legally allowed to live  in Sweden was a printed out note saying that my application had been accepted. So I waited. All my life I have been hearing that  “patience is a virtue”, but like most advice I have been given I ignore it, then I come to the same conclusion as what I have been told then I repeat the same advice to other people like I am some sort of wizened sage. So yes, patience is a virtue and it is something that is an absolute must if you are living in another country. This doesn’t just apply to navigating the halls of the bureaucratic state. It applies to the most mundane of things.  For instance, I had to print some papers as part of an application to Uppsala University’s Political Science program.  Every step was something new. First I had to figure out how to print it, then I had to navigate the Swedish printing instructions to try and make sure it printed double sided, then I had to go to Office Depot, yes there is Office Depot in Sweden, to try and get packaging for it. All of the packaging and folders here are slightly different which is infuriating. I know damn well how to package a packet of papers for delivery back in the states but here I felt like a child again. Once I bought the proper packing I went to drop off the application. I thought that the reception area to drop off my application opened at ten because I saw a sign that said something in Swedish followed by hours. Turns out I was looking at the wrong sign so I had to walk around downtown Uppsala looking for shelter from the rain snow slush horizontally smashing my face.. I went and grabbed a coffee at a cafe to wait for 40 minutes.

After about a week of waiting I received my residency card and I had to tackle another bureaucratic hurdle, getting my person number. The Swedish person number (p-number) is very similar to the American social security number. It is the number that you put down as your identification when you apply for employment or when paying taxes. It also acts as your healthcare number and to show that you are eligible for tuition free university admission.  To apply for my person number I had to go to the Swedish tax office (Skatteverket), which to some presidential candidates it might be their idea of the seventh circle of hell. Like Migrationsverket, Skatteverket is a clean and modern with forms lining the walls and helpful Swedes with tablets ready to greet you and steer to funnel you down the right tube of the bureaucratic meat grinder. The paperwork was simple. About four sheets of basic information. All the forms were available in English. I waited for about thirty minutes until my number came up in the queue, we did a quick look over of the forms, they told me I’d get my p-number in the mail in two to eight weeks. Score! More time for me to have an excuse to lag on my job hunting and Swedish learning!

To our surprise we got the p-number not in two weeks but in two days. I think it helps that I still had my temporary tax number from when I studied in 2012, they can simply merge the old records with the new. My excuse for a longer procrastination vacation was no longer valid. So now I have a few more bureaucratic things I need to take care of, like getting my ID from the tax office, getting a bank account set up and signing up for Swedish for Immigrants (SFI). I am particularly excited and nervous for SFI. It’ll be great to improve my very limited Swedish but it will definitely add some stress to my life, which in all honesty isn’t necessarily a bad thing.  The last few weeks have been incredibly pleasant and relaxing but I think getting some things on the calendar and ramping up the stress and use my time more efficiently. Right now I am purely self motivated. I have projects I am working on.  I write things for this blog, I write for the blog my friend and I started about political science, I am taking a course on Coursea, I got to the gym and I work on chiseling away the bureaucracy of getting settled. Which is great but I have always found I am the most efficient with my time when my time is scarce. I also think the structure of having a course will help me feel more connected with my goal of making Sweden my home. Right now I am drifting on the surface of Swedish society. I take the Swedish buses, shop at Swedish stores, eat Swedish pastries, drink ungodly amounts of coffee like a Swede and I am completely surrounded by Swedes but the language barrier will always make me feel like I am disconnected with the society I am living in. Not being involved in any outside activities contributes even more to this feeling. I spend most of my time alone, with my girlfriend or catching up with old friends. I haven’t been able to meet new friends or engage with people outside of my comfort zone. I am hoping that SFI will force me to do just that.

In weather news, all of the idyllic snow melted and now everything is wet and mushy, at night it still gets below freezing making it nice and icy still. The sun is rising at 8 AM now and setting at 4 PM, each day adds about 5 minutes. By the end of February the sun should set around 5PM and rise at 7AM, daylight I consider “normal”. Some pics below. 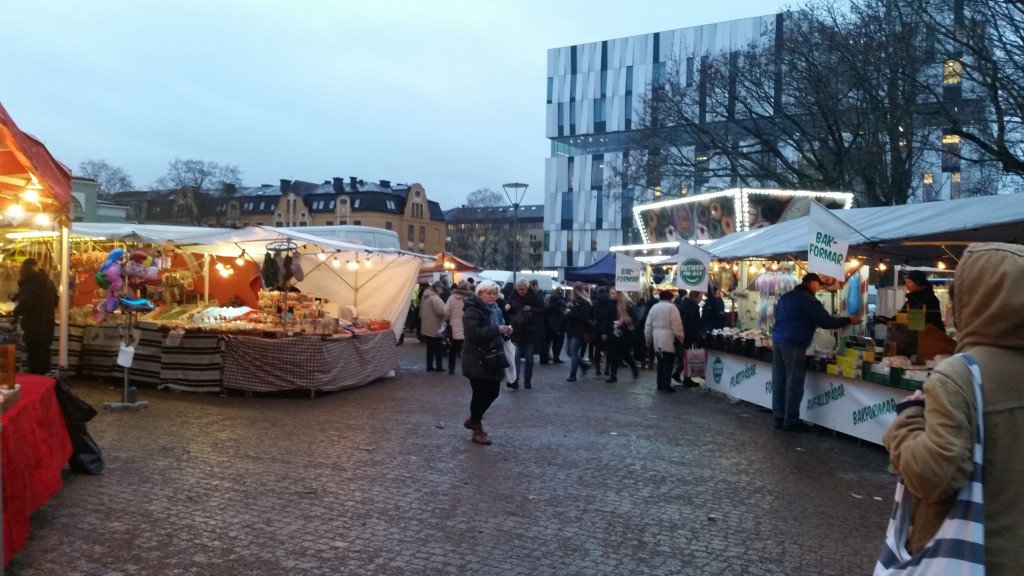 Apparently this market is 614 years old and is held every February. I don’t think they sold iPhone cases with scantily clad women on them then. Or multiple vendors selling varieties of plastic bags for some reason. Donuts were amazing though. 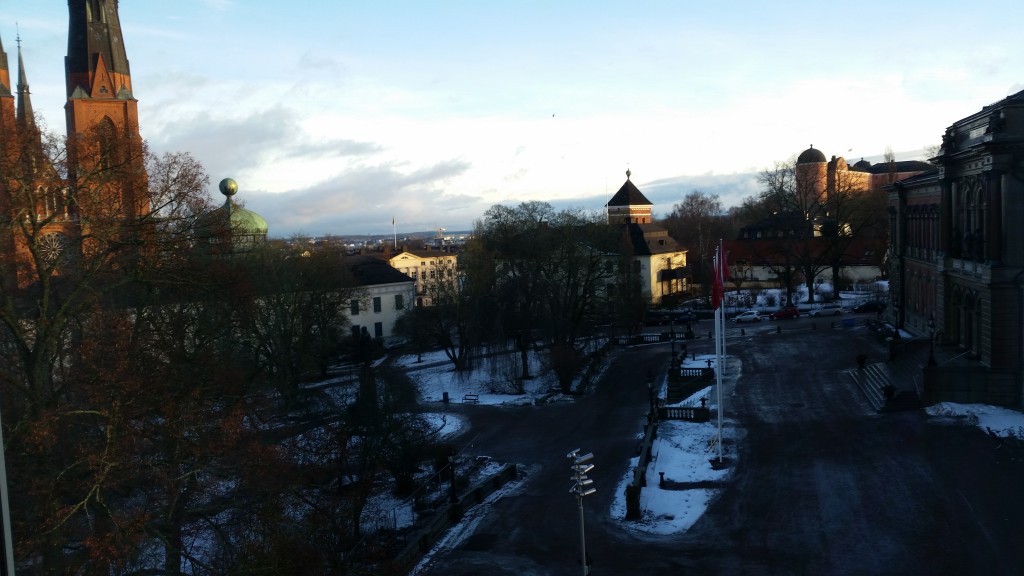 The view from Emelie’s old apartment. 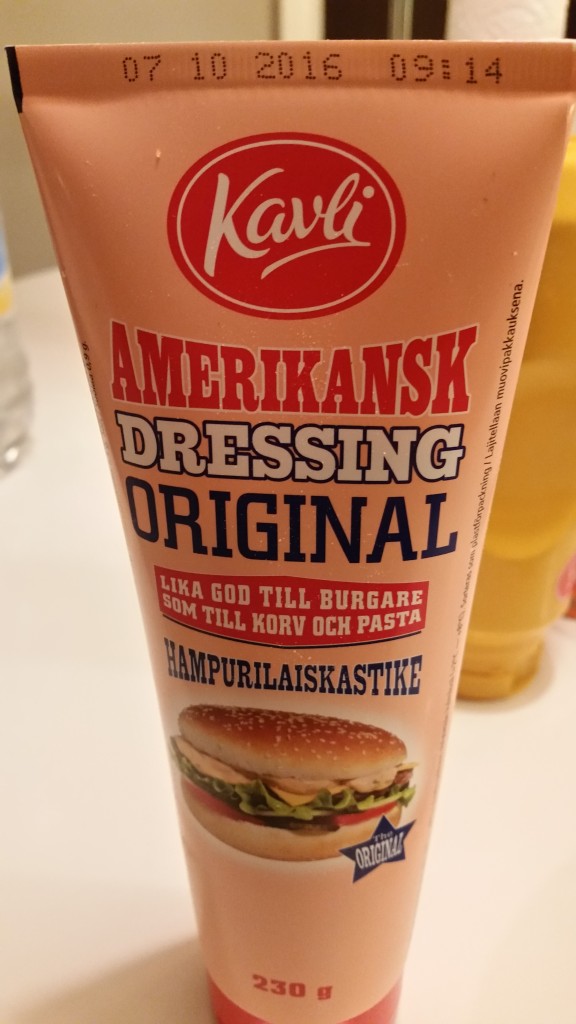 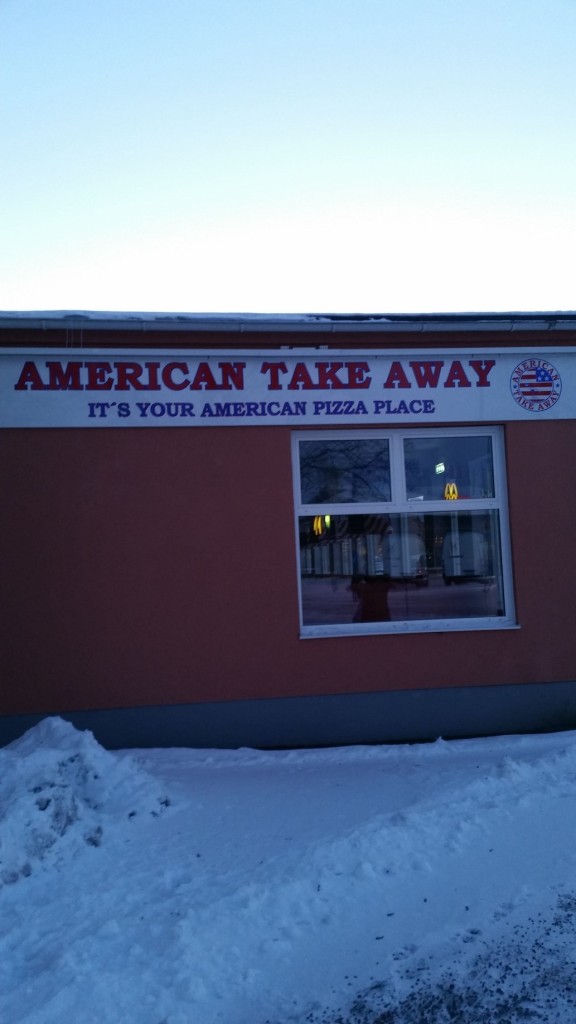 In case I get homesick.

The Swedish forest, before the snow melted. 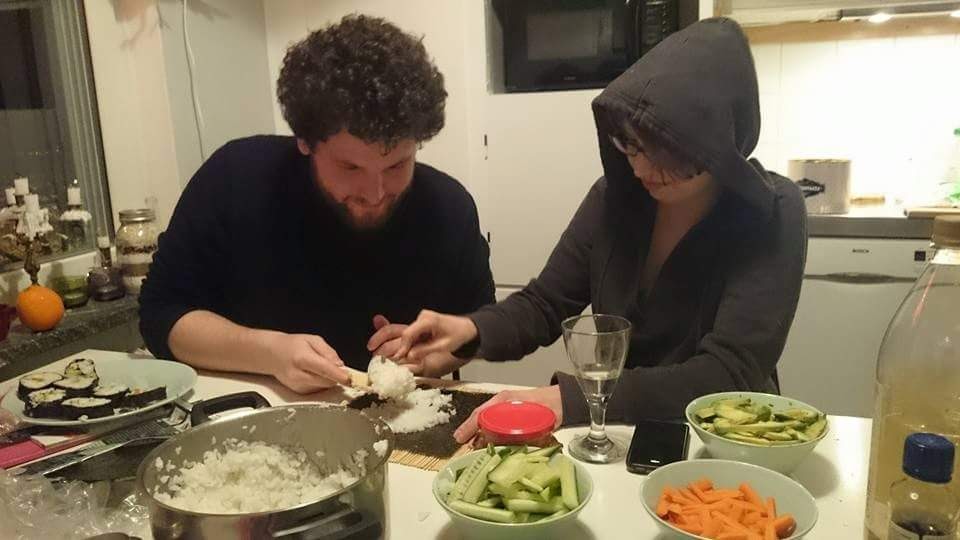 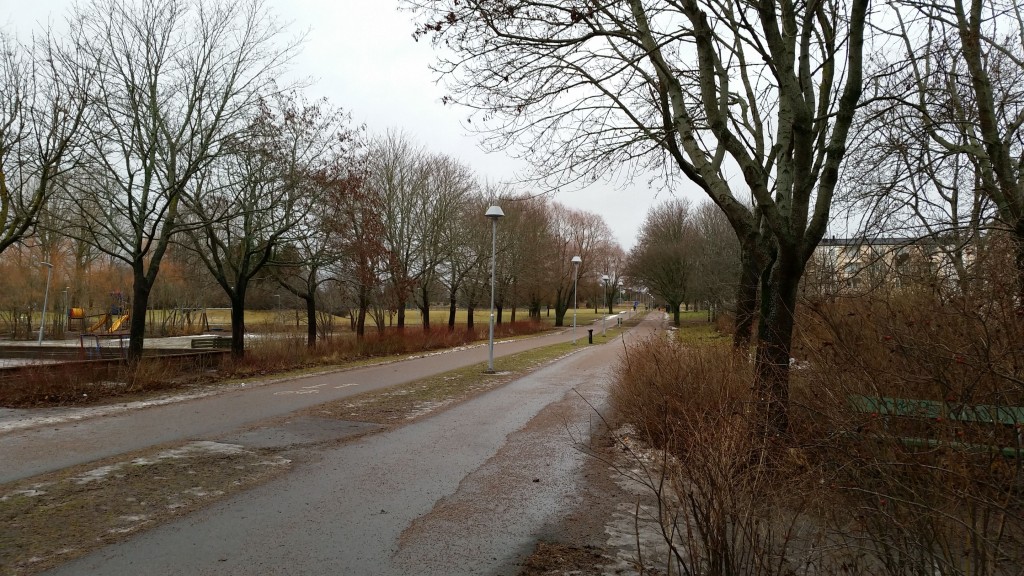 Sweden is a bit less idyllic with the snow melted.

One thought on “Äventyr”