Uppsala is a city that is split down its river, with the students mostly on the west side of town and the civilized people on the east.  Apparently this division has existed since Uppsala existed, with the clergy and university on one side and the merchants on the other. When I was studying abroad I lived in the west in Flogsta, a neighborhood centered around fifteen seven story concrete apartment blocks. Flogsta was constructed as a part of the Miljonprogrammet (The Million Programme) a public housing program put forth by the Social Democrats between 1965 and 1974 to try and relieve an acute housing crisis. The project included about one hundred thousands housing units for students in order to provide affordable housing for those studying, which included Flogsta. If for some reason you have an interest in the public housing program in Sweden I’d recommend The Swedish Suburb as Myth and Reality. If you want to nerd out about various public housing programs like I like to do,  I’d also recommend The Pruitt Igoe Myth about public housing in St. Louis and this documentary about Divis Flats in Belfast, a housing project in Northern Ireland that became a hotbed of IRA activity during the Troubles.

Flogsta is a lot like an American style dorm, with a ton of young students living in close corridors, but unlike American dorms there are no RAs and the university itself doesn’t run or manage them. In addition to native Swedish students there is a high number of international students in their master’s programs or studying abroad. The result is about what you’d expect if you get thousands of students together, many of them studying abroad, living on their own in close quarters. Also since there is roof access be sure to watch out for falling alcohol  bottles, TVs, or couches when walking around at night.

Flogsta was a great place to live when I was studying abroad, I had a number of close friends in walking distance. The novelty of living in giant cement towers inside a student ghetto in Sweden was appealing. But now that I am an adultish living in Flogsta sounds miserable. Been there done that. I have no interest in going to cramped corridor parties with drunk international students. I go to bed at ten and get up at seven now, a far cry from international student Joe, who in 2013 who made one of his new year’s resolutions “try to get up before 11”. But even if we wanted to move to Flogsta I don’t think we would be able to. Right now, like the early 1960s, Sweden is currently in an an acute housing crisis.  There has been a sharp increase in the number of tenant owned housing units while rental units have remained stagnant, this coupled with a lack of new buildings in general has only increased the crisis for renters. If you want to go more in depth the Riksbank has a great report in English.

In Sweden when you purchase an apartment you are actually purchasing bostadsrätt which means the right to live in the apartment. You are essentially buying a share in the building like you would buy membership a co-op. As a result even if you have bostadsrätt you still have to pay homeowner association fees for the upkeep of the building and you are required to go through the home owner association if you want to sublet your apartment. You are typically allowed to sublet your apartment for about a year depending on the housing association.

We were lucky with finding our second hand contract. Emelie’s boss was planning to move in with her boyfriend but didn’t want to give up her apartment quite yet and she offered to rent out the apartment to us, we happily accepted, partly because the apartment is quite nice and partly because we didn’t have any other options. The rental market here is insane. Not quite Bay Area insane but close.

The actual apartment is quite nice. It is fairly modern. The layout is quite standard in Sweden, there is one bedroom, one bathroom, a living room, a balcony, and a kitchen. It is more than enough room for the both of us. Since I don’t yet have a desk I spend most of my time working on my laptop in the kitchen, looking out at the view of the snowy courtyard.

The apartment is in the Gränby neighborhood of Uppsala. The location is similarly far from the centrum (downtown) as my old Flogsta dorm, but in the east. Since most of the student activities are centered on the west side of town, I really haven’t explored the east. Walking around I keep seeing new things, I feel like I am in a different city. I prefer it this way, I always wanted to make sure that I wasn’t expecting moving back to Sweden to be anything like my exchange year, not because I didn’t love my exchange year but I didn’t want to go chasing the past. Being in separate geography really helps in feeling like this is a totally new phase of my life, separate from the year I studied here.

From our apartment to the centrum it is one and half miles or about a twenty five minute walk. There are winding walking/bike paths that cut through the city, making it possible to walk or to bike anywhere within the city. One thing I have always loved about Uppsala was the ease of getting around without a car. I love driving but I don’t like not being able to get to places without driving. I think it is pretty incredible that it was farther to get to a single commercial establishment from my house in Moraga than it is for me now to get to the center of the city. Within a ten minute walk of our apartment in Gränby there are three grocery stores. There is also a mall within in ten minutes of our house. I detest malls, I usually end up thinking about how mass consumption is going to kill the earth if I spend more than an hour in one, but I’ll admit it is  convenient to have one so close to home.

Overall I am satisfied with where we live. There is enough space for Emelie and I to both have our own areas, we are a quick walk to town and the neighborhood is really pleasant. I am relieved we were able to find a place, although the temporariness of the lease does cause some stress, but we will deal with that when it is time to deal with that. 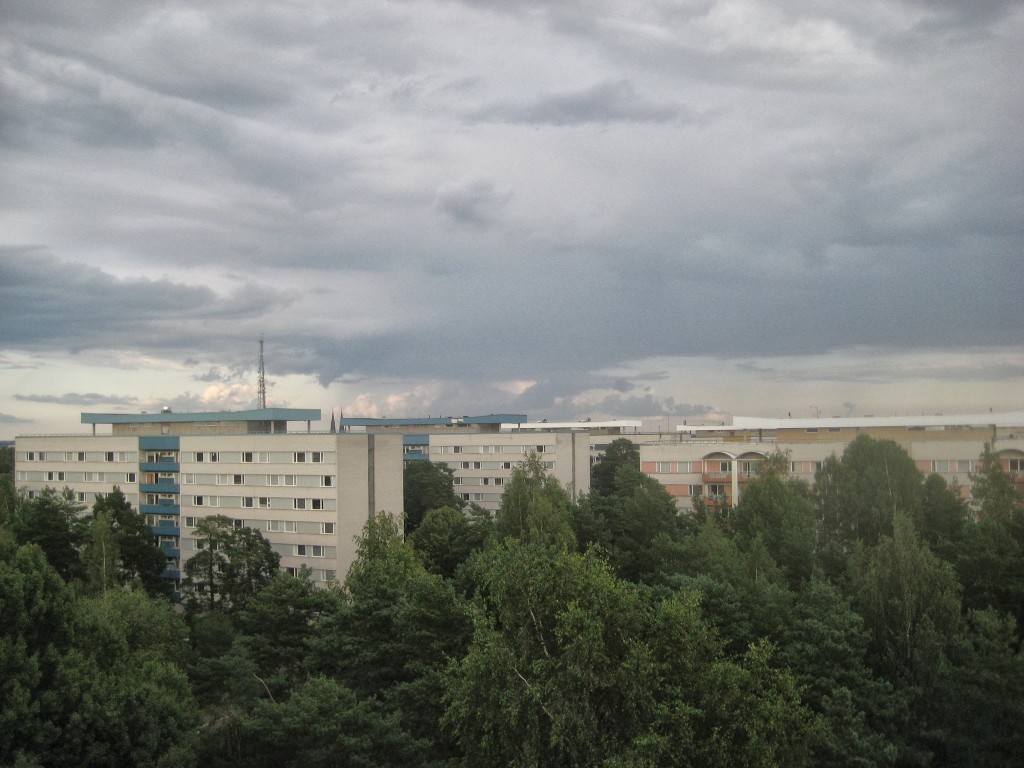 The höghus of Flogsta reaching towards the sky, trying to kiss angels. Taken in August of 2012. 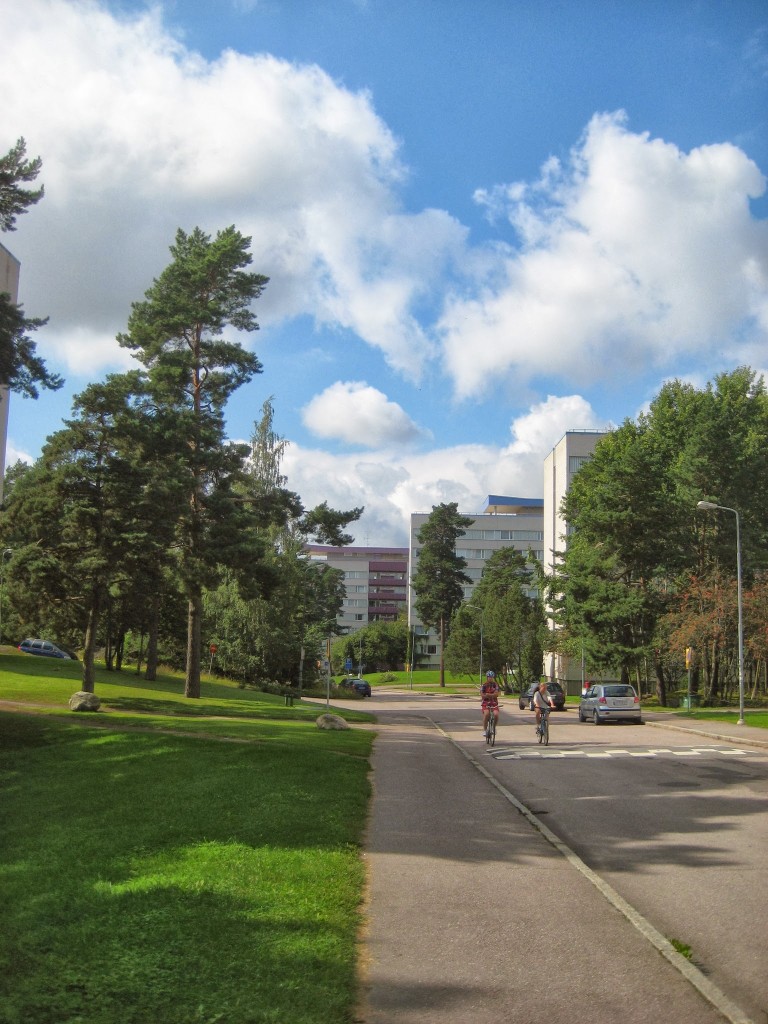 The main drag of Flogsta. I took this picture in August of 2012, just after moving to Uppsala. 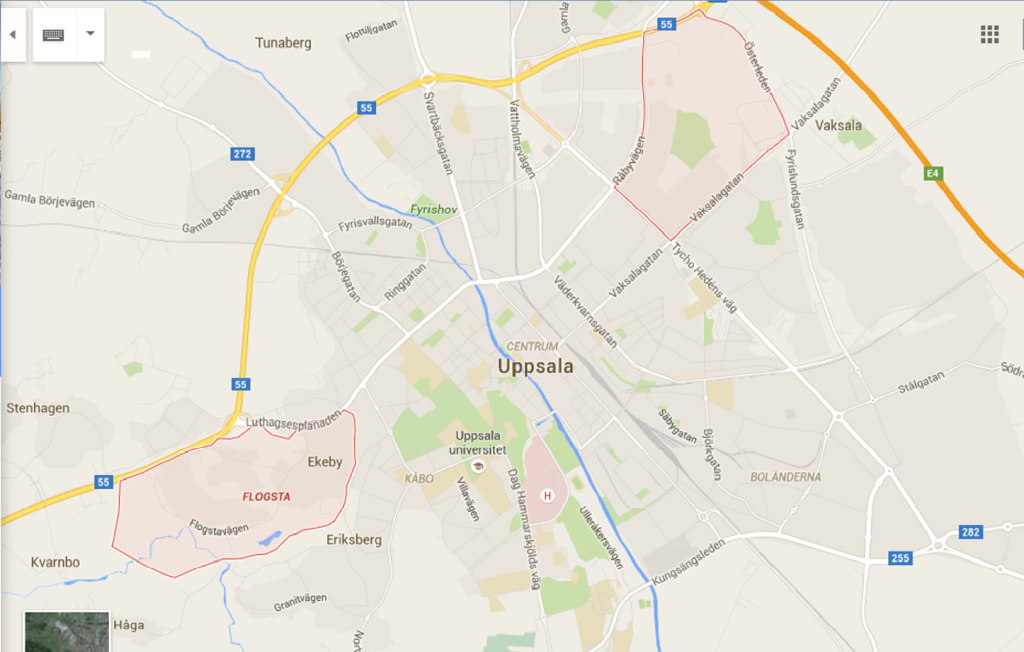 Comparing the two places I have lived in Uppsala. Flogsta to the West and Gränby to the East. 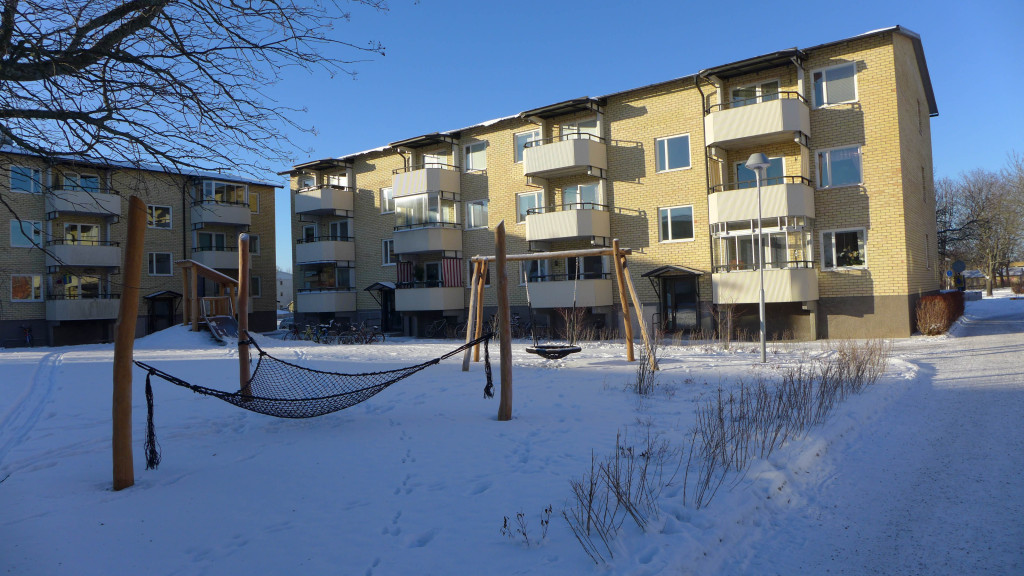 Our apartments communal courtyard. Not too popular during this season… 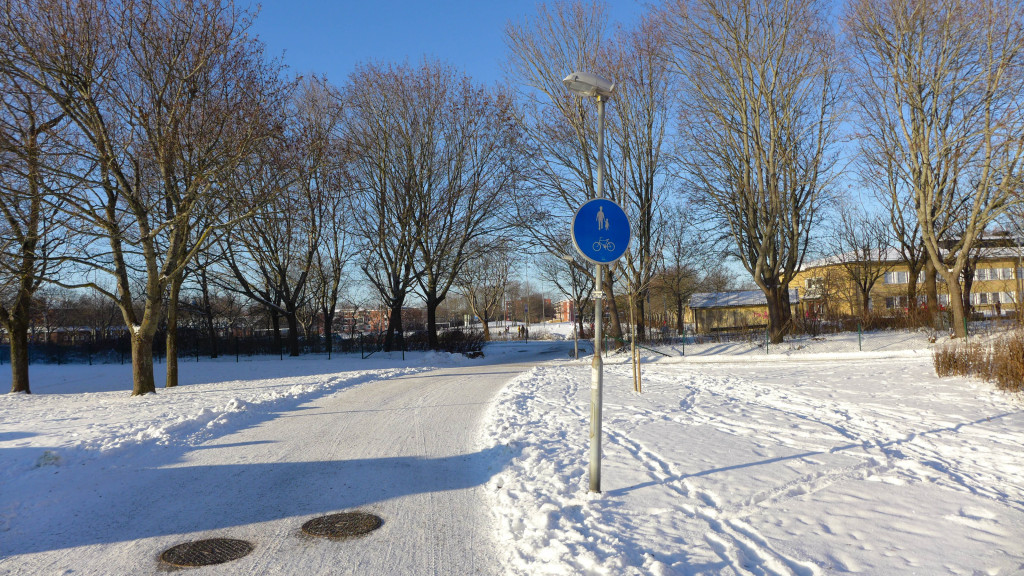 Entering the walking/bike path. About a hundred feet from our doorstep.

The road to the mall! 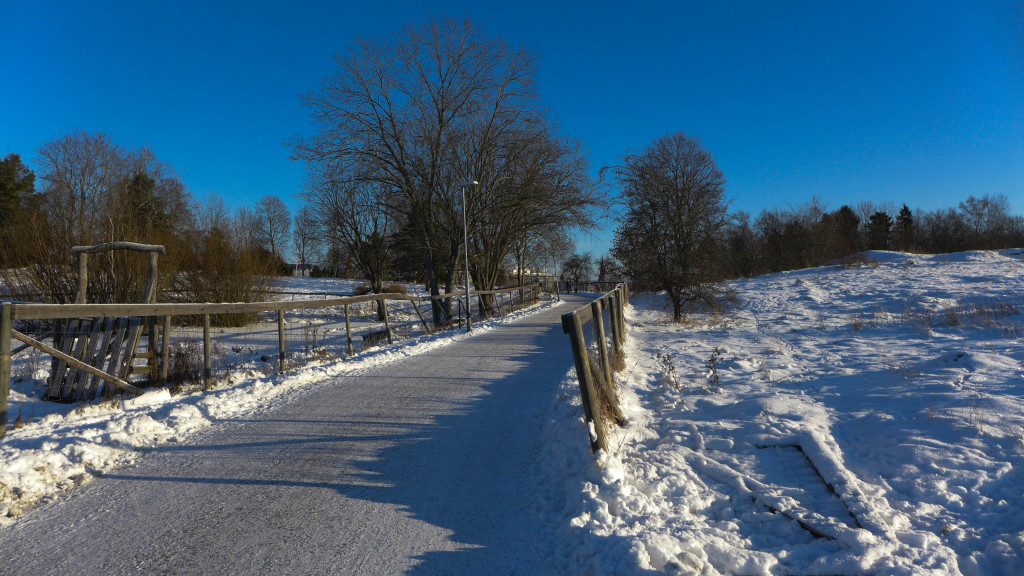 Still heading towards the mall. 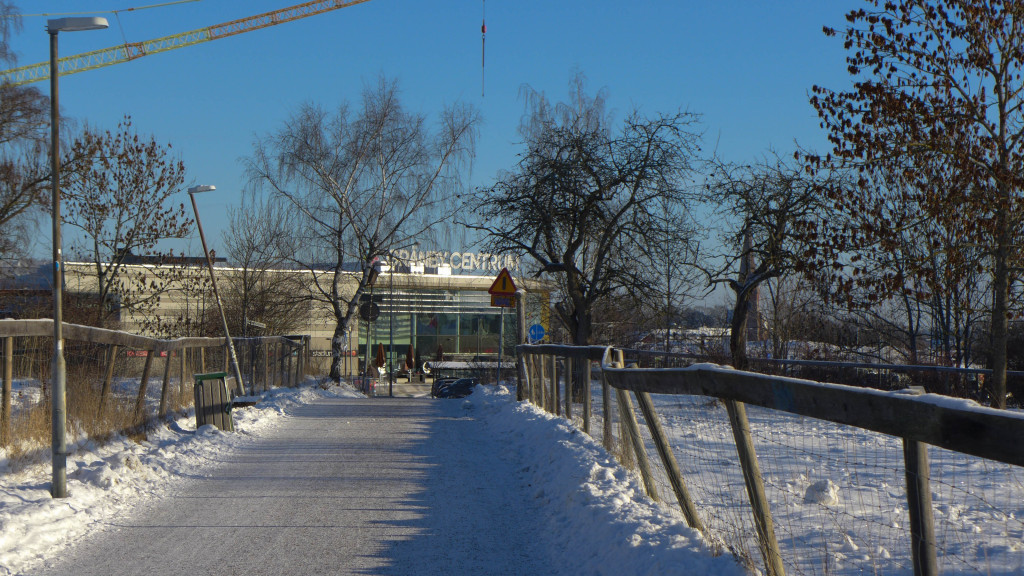 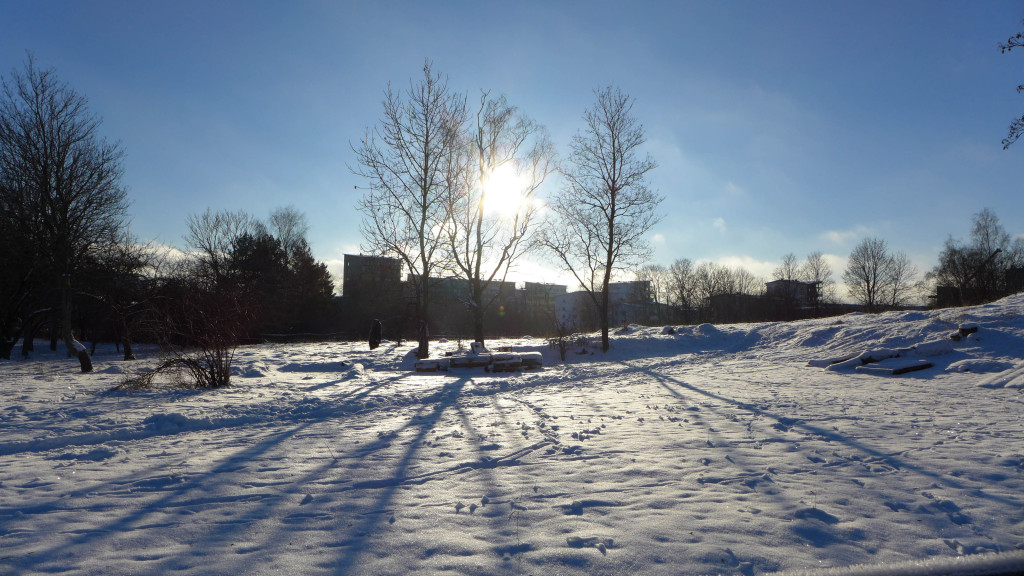 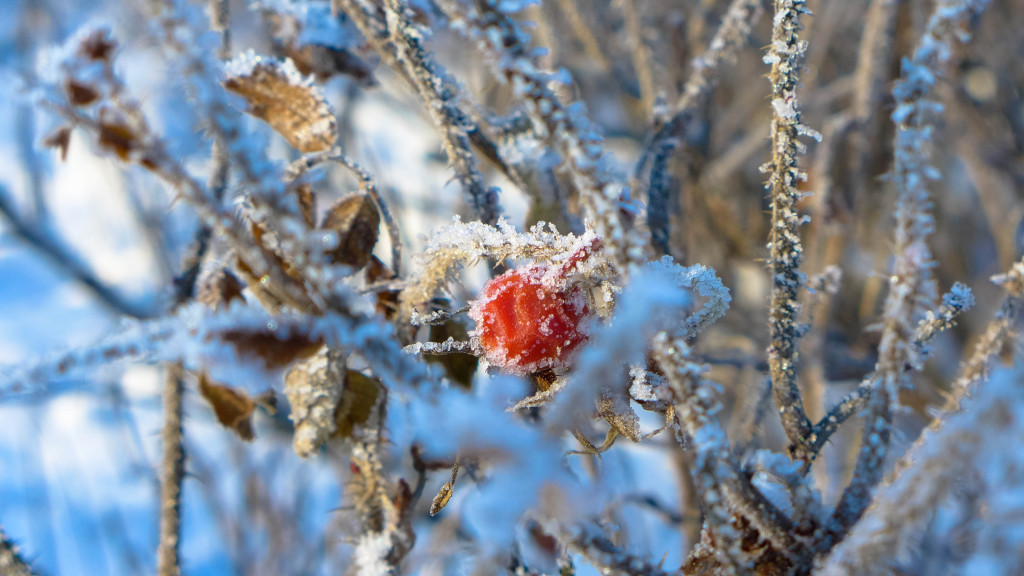 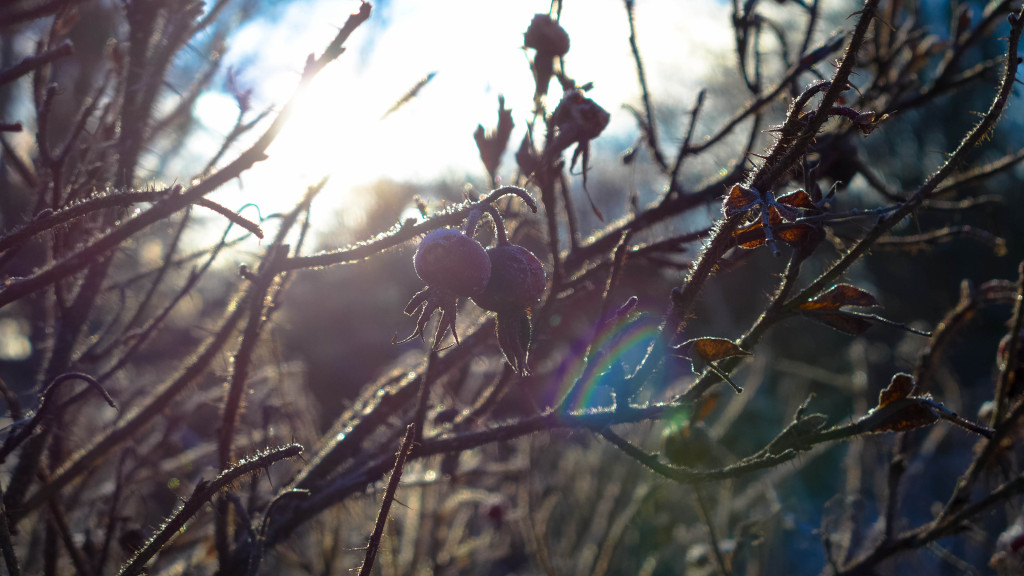 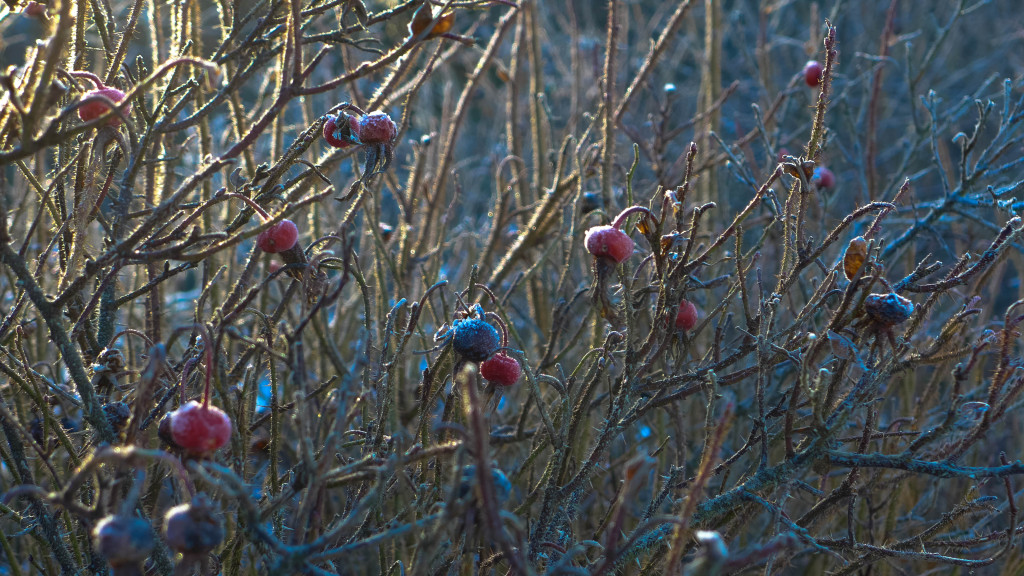 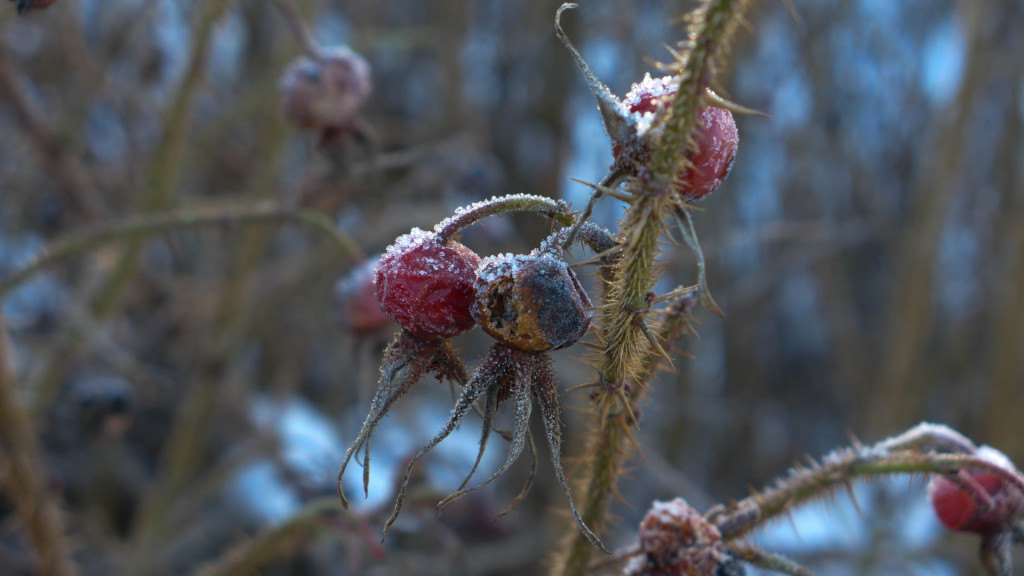 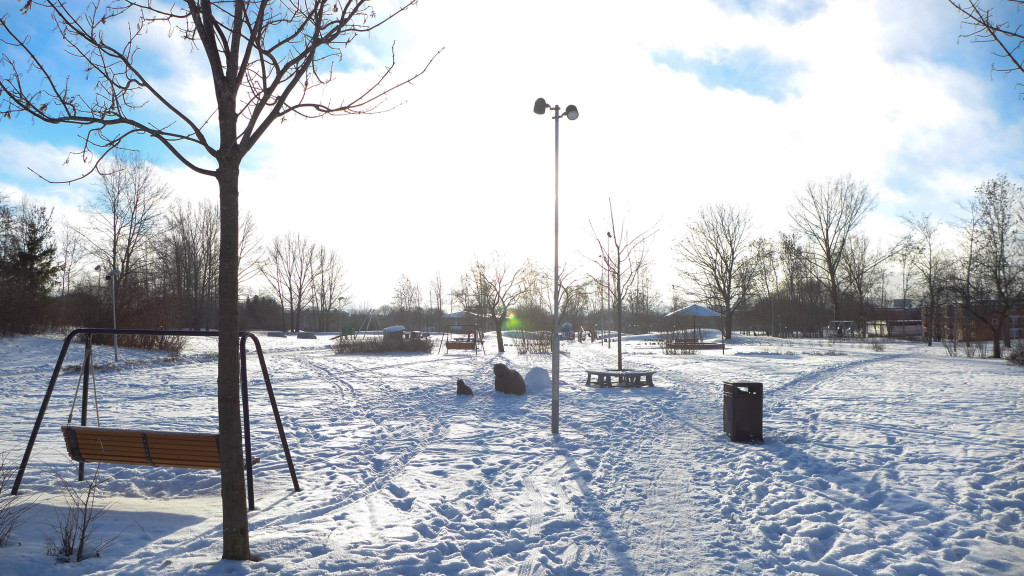 One thing I missed about Uppsala was the prevalence of political graffiti. There seems to be a constant battle between the left and the right. This message translates to “The fleeing have no choice. No human beings are illegal”. 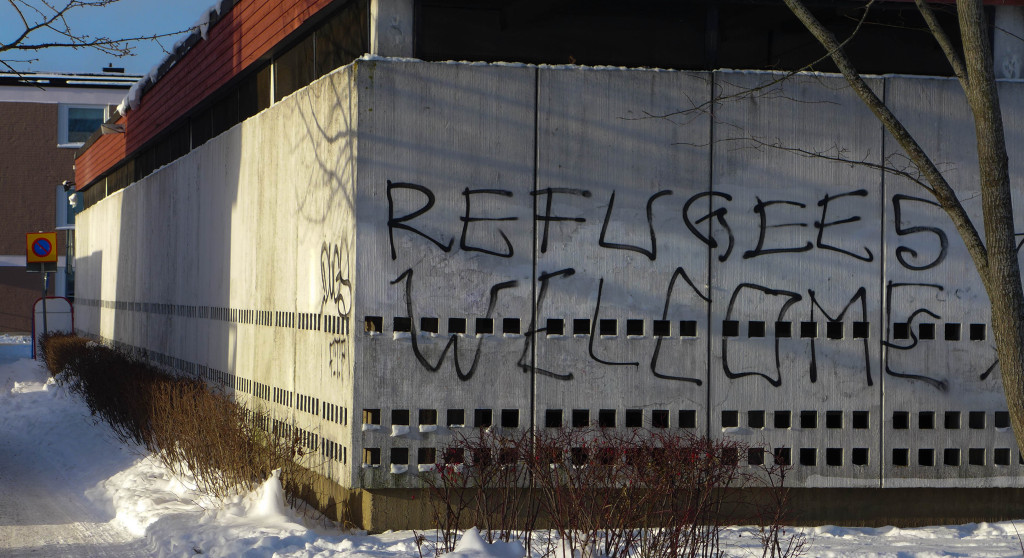 “Refugees Welcome” and “No Humans are Illegal” are both very common phrases used by those supporting refugees. 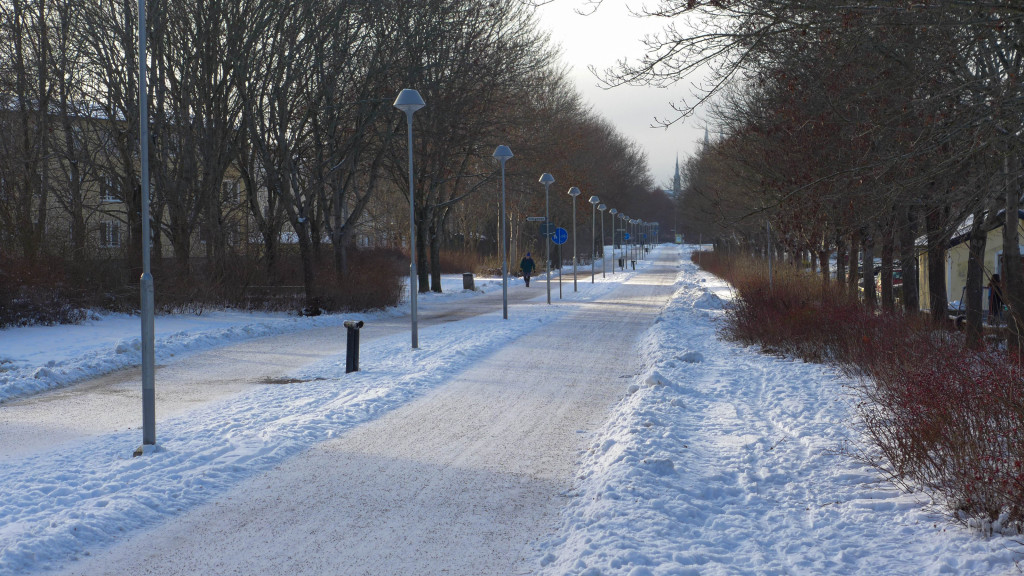 The road back home, with the cathedral poking up in the horizon.

One thought on “Bostad”